DAYTONA BEACH — Vince Carter’s restaurant will be closing its doors on Sunday evening after six years in business.

As to when it might reopen, and as what, is anybody’s guess.

“I’m going to take a moment to exhale before deciding what the next chapter for that property will be,” said Michelle Carter-Scott, who with her son, Daytona Beach native and NBA star Vince Carter, has owned the restaurant since it opened in January 2010.

“There is no deal on the table (to sell the restaurant),” said Carter-Scott, who added, however, that the property has drawn interest from prospective buyers. That’s in large part due to its close proximity to Interstate 95 and the surge in development activity in the immediate vicinity, including the Tanger Outlets mall just down the street that is set to open in November.

Carter-Scott said it’s possible that a new restaurant could open on the site that includes her and possibly her son as partners, but said “I might still be involved in it, but not to the magnitude I am right now.”

With her son, 39, still playing professional basketball, currently for the NBA’s Memphis Grizzlies, Carter-Scott said the responsibility of overseeing the restaurant fell on her shoulders as “a full-time-and-a-half job.”

“It was a great learning experience. It was fun for a while, but then it really became a lot of work,” she said, adding that she prefers to devote her time to running the Daytona Beach nonprofit she and her son founded, the Embassy of Hope Foundation. “That’s my passion: helping others,” she said.

The restaurant’s approximately 60 workers were informed on Wednesday that Sunday would be their last day of employment, General Manager Armando De Loera said.

“I don’t have any information other than they’re going to refit the restaurant, create a new concept if you will,” he told The News-Journal on Thursday.

Vince Carter’s — at 2150 LPGA Blvd., just east of Interstate 95 — opened in January 2010 to great fanfare, with its grand opening drawing hundreds of people including local elected officials and business leaders. The restaurant, which can seat more than 500 diners, was built at a cost of nearly $12 million, extraordinary for the Daytona Beach area, according to restaurant industry observers, especially so because it was built at a time when the local economy was still reeling from the Great Recession.

Carter-Scott, in an interview with The News-Journal last year, said the goal for her and her son was to create a world-class restaurant, adding, “I don’t think we over-spent. We could have easily spent another $3-to-$4 million.”

But one of the things Carter-Scott and her son were counting on was that the area immediately surrounding the I-95/LPGA Boulevard interchange would see a surge of new homes and other commercial businesses being built.

The protracted recession, which in Florida is believed to have continued through the end of 2011, delayed that anticipated development, as well as continuing to keep the local economy depressed, which hurt business for the restaurant, Carter-Scott acknowledged.

However, that surge of development finally appears to be well underway with construction beginning last month on the Tanger Outlets mall just south of Vince Carter’s, a planned Sam’s Club store that will be literally across the street, a luxury apartment complex that is now underway around the corner from the restaurant, along Williamson Boulevard, and Canadian developer Minto Group’s plans to build a 3,400-home age-restricted community along LPGA Boulvard on the west side of I-95.

The pickup in development activity prompted Carter-Scott to tell The News-Journal last month that “Now all of a sudden, I’m a visionary.”

Carter-Scott last month acknowledged that some at the time of the restaurant’s opening had questioned her and her son’s decision to build it along LPGA Boulevard, as opposed to along A1A or International Speedway Boulevard. She said they chose their location because of its proximity and easy access to I-95 and I-4, the availability of ample parking and the surge of development they believed would be occurring in the immediate vicinity.

Carter, considered the Daytona Beach area’s most well-known sports star, celebrated his 39th birthday on Jan. 26 and is nearing the end of his storied NBA career, but Carter-Scott said last month that he hopes to continue playing as long as he can. Carter maintains an off-season home in the Orlando area and was an occasional diner at his restaurant during the summers, she said.

Local observer Costa Magoulas, dean of the Mori Hosseini College of Hospitality & Culinary Management at Daytona State College, said he believes Carter and Carter-Scott may be taking this time, with the outlet mall set to open in November, to revamp the restaurant, which could include changing the concept and introducing an entirely new menu.

“Daytona is really starting to move. We had (a record) 9.5 million visitors (to Volusia County) last year. That’s a lot of people,” Magoulas said, adding that while he knows Carter-Scott and her son “quite well,” he hasn’t spoken to them about the latest plans for the restaurant. “I’m willing to bet they’re looking at the new concepts out there,” he said, noting the rising popularity of brewpubs and the Stonewood Grill & Tavern chain’s recent roll-out of its new “Gastropub” menu of more affordably priced offerings.

On the other hand, Magoulas said, “It (also) would not surprise me if a major company came in and made them a great offer.”

“If you have proper food, service and price point, chances are you’re going to succeed,” he said. And with all the development projects planned in the immediate vicinity, he added: “My goodness, look at that location. It’s got easy access to I-95, it’s visible and not hard to find.”

Carter-Scott said customers who have Vince Carter’s gift cards can bring them to the restaurant on March 15 to get the unused amount confirmed and provide a mailing address to receive a refund. “People will be working at the restaurant to clean it up,” she said, adding that she doesn’t intend to let the property sit unused for an extended period of time. 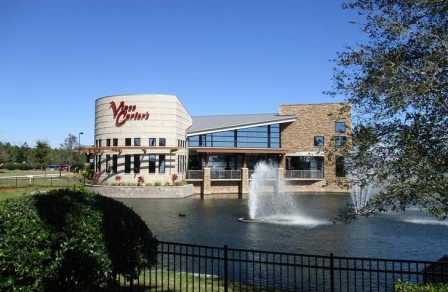 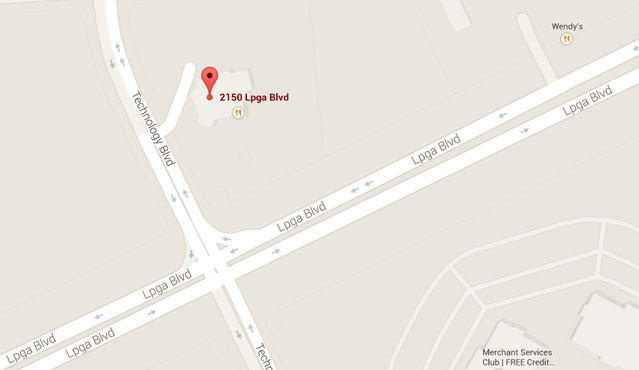